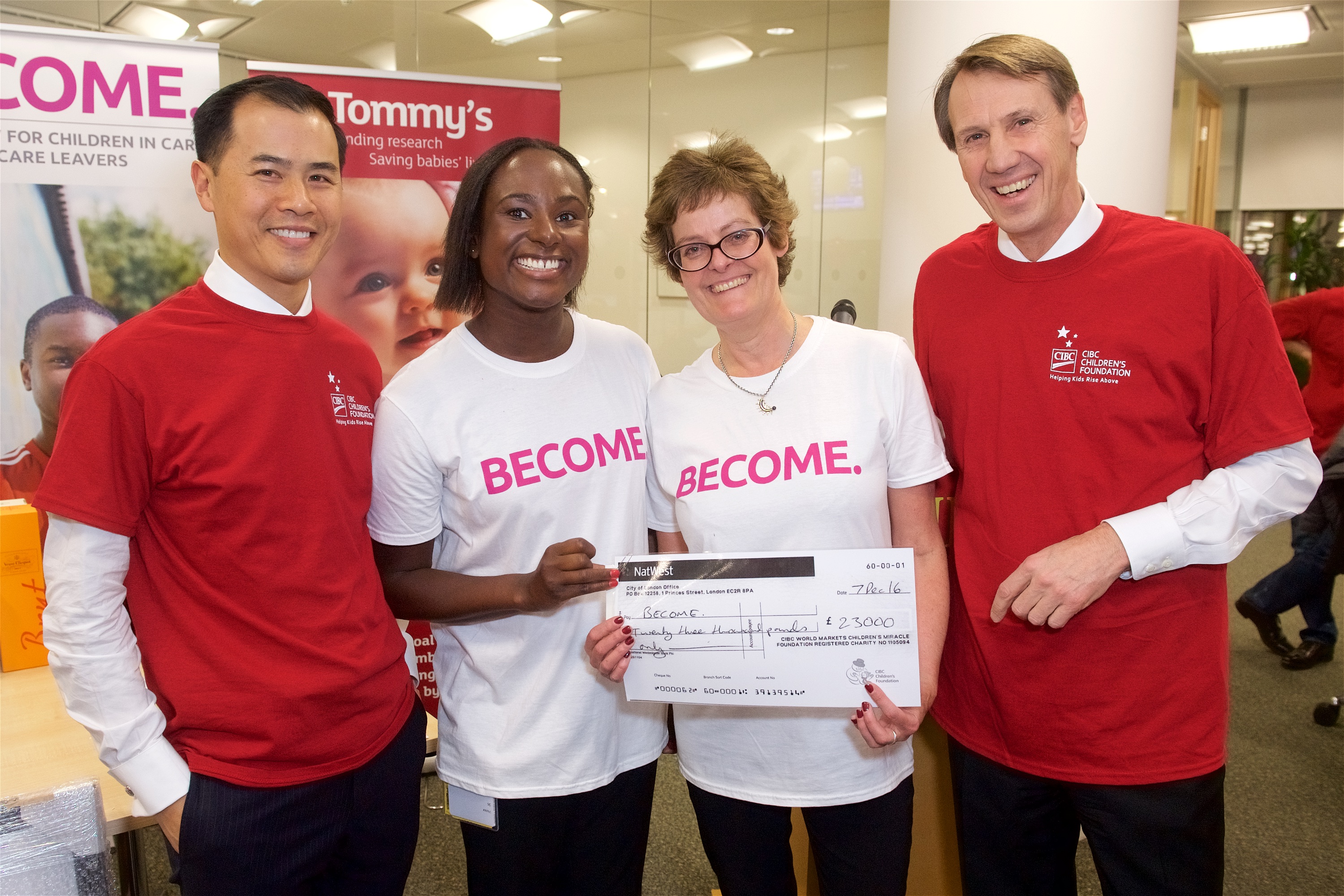 Kevin Li and Howard Redgwell with the Become team.

The CIBC Children's Foundation was established in 1984 to raise funds for children's charities around the world. Since inception, £150 million has been raised to improve the quality of life of thousands of children affected by disability, illness, social deprivation or life-limiting conditions. The Foundation is the charitable arm of CIBC, a major leading Canadian-based financial institution.

The majority of fundraising for the Foundation takes place on CIBC Miracle Day, which takes place annually on the first Wednesday in December. On this day, participating CIBC Capital Markets employees donate their fees and commissions to the CIBC Children's Foundation.

In 2016/17, the CIBC Children’s Foundation chose to support children in care and young care leavers by choosing Become as one of their annual charities. Become was proud to be selected alongside Winston’s Wish, the charity for bereaved children, and Tommy’s, which funds research into miscarriage, stillbirth and premature birth.

Throughout the year, Become worked with the Foundation and partner charities on a range of activities to engage CIBC staff. At a launch breakfast, young people who had benefited from Become’s work met CIBC staff and spoke about their experiences leaving care.

Putting the fun in fundraising

Become helped organise a Golf Day, for which we supplied raffle prizes, including theatre tickets and weekend passes to the World Rally Championships. Other events we helped deliver during the year included a Euro 2016 sweepstake, a softball fundraiser in Regent’s Park and a London Relay Run.

After meeting CIBC staff at an event and telling them he was studying mathematics and statistics at university, Dembo, a young care leaver, was offered a work experience placement with the bank. He spent two days working with staff in their investment banking, derivatives, business support group and legal teams. "The experience was amazing and it allowed me to keep my eyes on a career in a bank after my degree,” Dembo said. “I was made to feel really welcome at CIBC and my placement gave me a really useful insight into the world of finance. It was a great opportunity.”

During 2016 CIBC Miracle Day, a team of Become staff, young people, and The Only Way Is Essex stars Lydia and Debbie Bright, went to CIBC’s London HQ and encouraged staff to get stuck in during a full-on day of fun, festivities and fundraising.

"Thank you for choosing Become..."

The generosity of the CIBC Children’s Foundation means a lot to everyone here at Become; we are so grateful to all those who helped make the year such a success. The funds raised during the year are helping ensure we can continue providing vital support to children in care and young care leavers, with our Care Advice Line, the Become Coaching Programme and Propel.

Jack, one of the young people who attended a number of CIBC events with Become, wrote a letter to thank CIBC staff for their support after Miracle Day:

“None of the amazing work Become do would be possible without the generosity of people like you. They’re there for us no matter what, like an extended family. Thank you for choosing Become and making it possible for looked after children and care leavers to have that family feeling.” 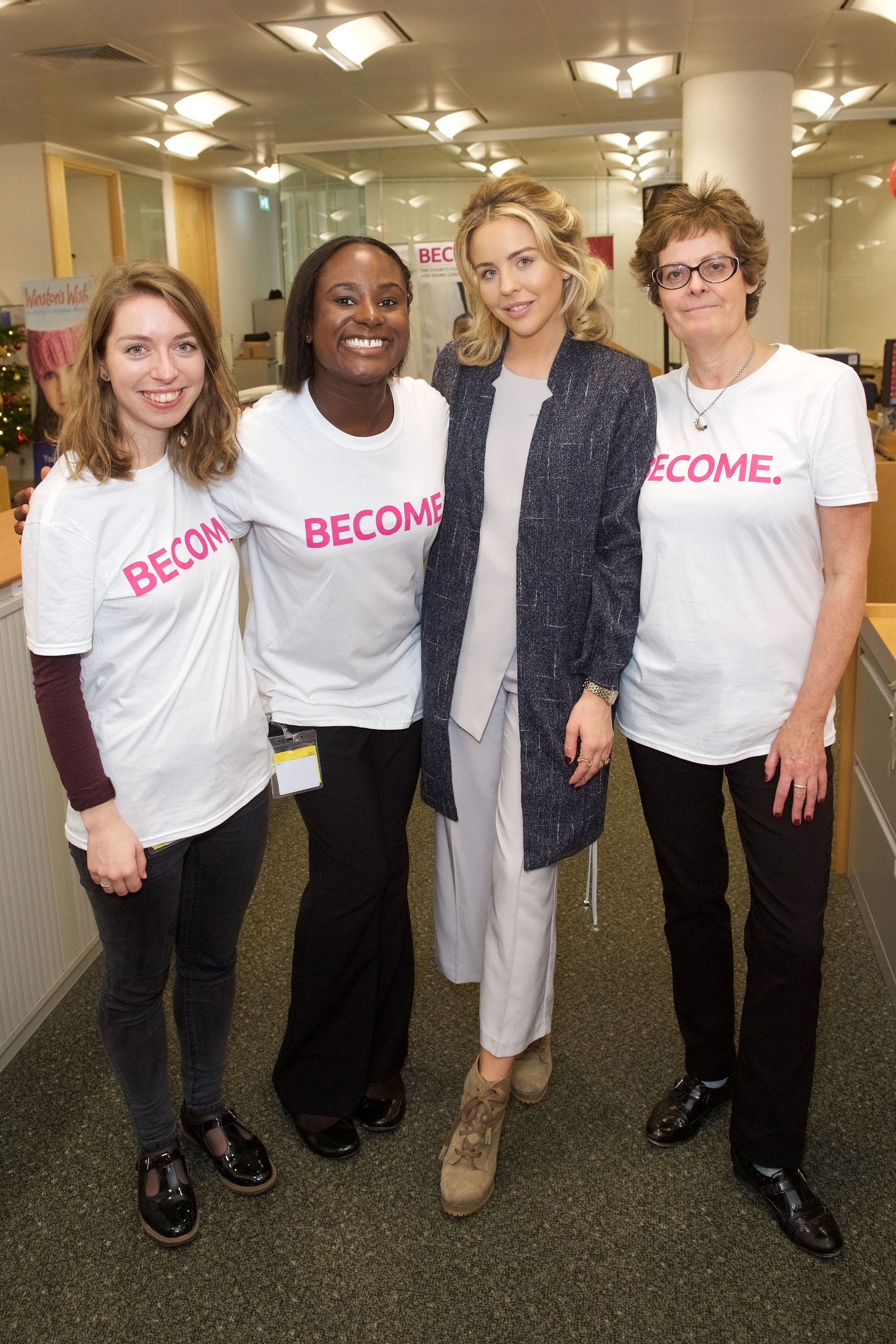 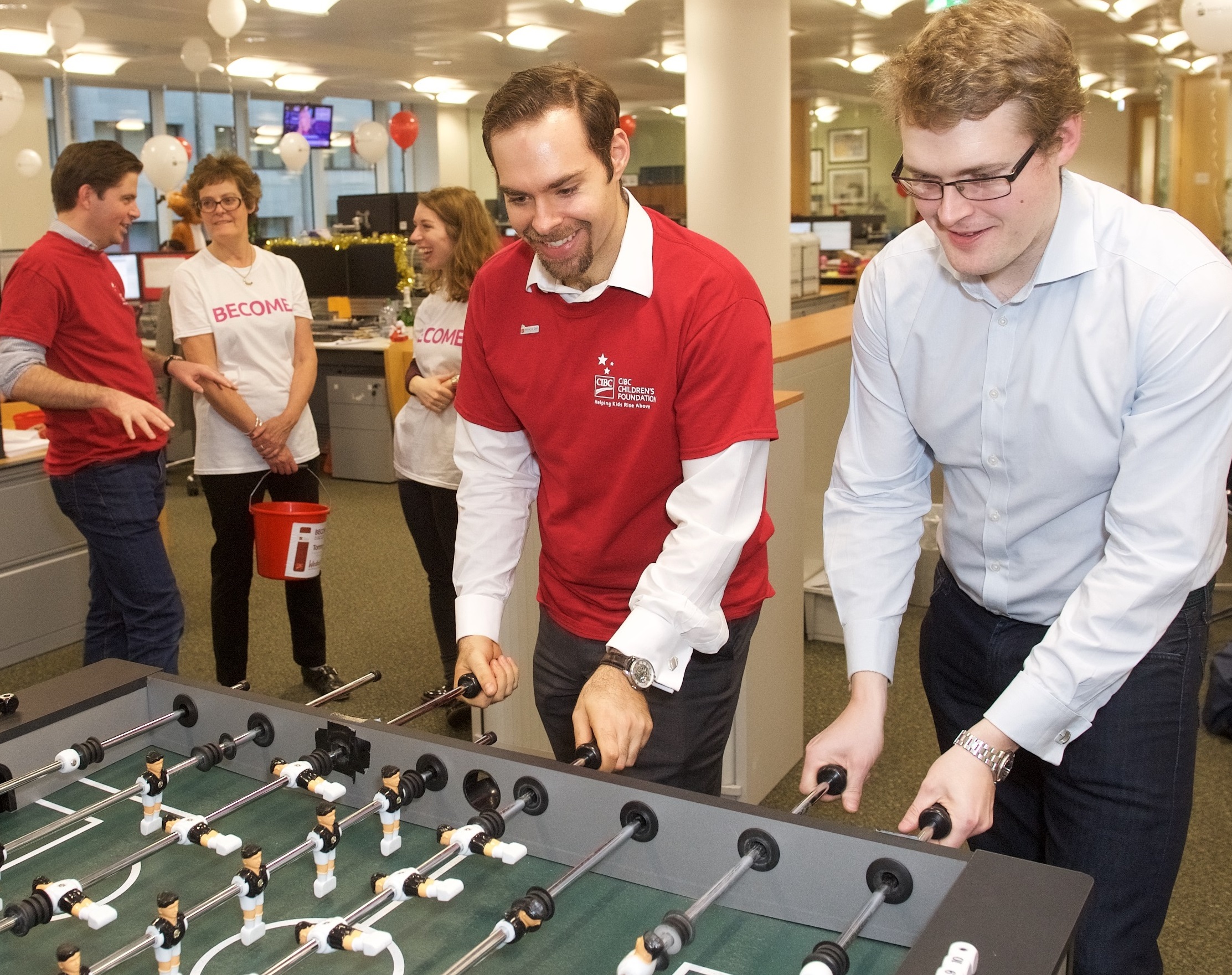 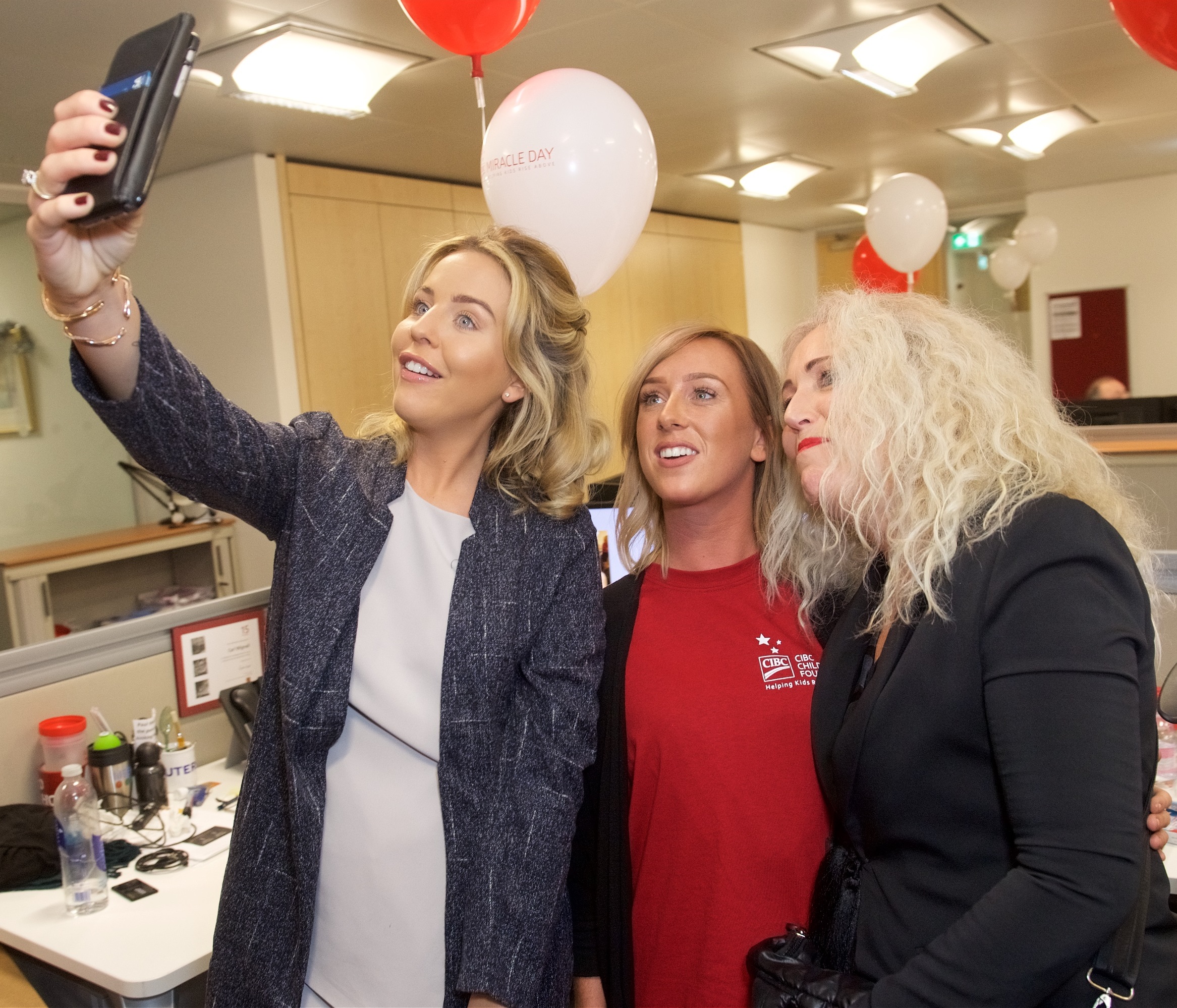