It is with great sadness that we have learnt that Become’s former trustee, Dave Hill CBE, has passed away suddenly, aged 61.

Dave served as member of our Board of Trustees for almost a decade, bringing enormously valuable expertise, insight and experience from a highly respected and successful career in children's social care.

He trained as a social worker and started his career in 1977. He was formerly the Director of Children's Services (DCS) in Merton, Croydon and Essex and joined Surrey as its DCS in 2018. He was widely acknowledged for his expertise in turning failing services around. He was a former President of the Association of Directors of Children's Services and was awarded his CBE in 2018.

Dave was absolutely committed to improving the lives of vulnerable children. During the ten years he served on Become’s Board, as well as holding positions on sub-committees, his passion for bringing about better outcomes, life chances and quality of life for care experienced children and young people was palpable.

“As Chair of Trustees at Become since 2017 I am shocked and saddened to learn of Dave's untimely death. I'd known Dave for years, but not well, we were in the same children's social care world but in different sectors. Once I joined Become as Chair in late 2017, where he was an existing and long-term Board member, I had the opportunity to get to know him better.

“Others will speak of his hugely successful career as a Director of Children's Services. I can vouch for his total commitment to those children and young people who experience care and his full support for Become and our purpose. Despite the demands of his professional career he was a dutiful trustee, making all our meetings, warmly supportive of the team and gentle but effective in his scrutiny.

“He stepped down last year after completing his three full terms of office but not before securing a very able successor to representing senior-level children’s services perspective on the Board. Become will always be the better for having had Dave as a trustee.”

Our thoughts are very much with Dave’s loved ones at this very sad time, particularly his wife Jo and their two daughters, to whom everyone at Become sends their love and warm wishes. 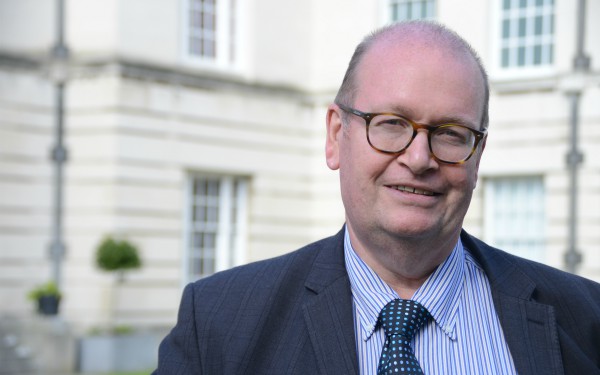