Looking for help and advice? Contact our friendly Care Advice Line. Freephone 0800 023 2033 or for more info. Find out more
“When will we see change?”: Improving the experiences of LGBT+ young people in care

As part of LGBT History Month and in the run up to Care Day 2019 on the theme of ‘Care to Talk’, we spent a valuable Wednesday evening listening to and learning from the experiences of LGBT+ care-experienced young people. What needs to change in order to make care an inclusive place for LGBT+ young people?

This first 2019 meeting of the All-Party Parliamentary Group for Looked After Children and Care Leavers welcomed speakers from the University of East Anglia’s SpeakOut project – a national study investigating lesbian, gay, bisexual, transgender and questioning (LGBTQ) young people’s experiences of the care system – as well as colleagues from the LGBT Youth in Care platform which provides guidance and resources to young people and their foster carers.

They surveyed 118 children’s services across England and interviewed young people, foster carers and social workers to find out more.

The research found that only 5% of local authorities had a specific policy which related to LGBT+ young people in their care, although many more were considering developing one. Care-experienced LGBT+ young people faced stigma from family, friends and professionals which made coming out in care particularly difficult.

"There's always a fear that your placement is going to break down... you don't want to have to lose a family again."

Some young people felt they had to hide their sexuality in their placement, leaving them without the support and information they might otherwise be able to access. For trans young people, many felt they weren’t taken seriously and encountered gendered support services and unsuitable accommodation options when leaving care.

During the meeting, we were able to watch a film created by the project’s young researchers which records their own experiences. You can view this here and read a summary of the research findings and recommendations here.

We then heard from Charlotte Andrew and Jacob Sibley who work for Three Circles Fostering. Six years ago, they started working on what their agency could do to better to support LGBT+ young people in their care, as they noticed nobody else had published resources or guidance. They worked with the LGBT Foundation, The Care Leavers Association and others, bringing together care leavers to talk about their experiences in the care system.

They found that some had experienced loving and supportive foster families, but others had faced rejection and even violence in foster care or in their children’s home. Charlotte, Jacob and other colleagues began to pull together the information they could and share this as widely as possible in order to challenge negative attitudes and promote a message of hope for young people.

"We developed these resources to make sure that young people felt safe in their placements and were accepted unconditionally for who they are."

Looking for resources around supporting trans people in care, they found none. So they teamed up with Mermaids and The Proud Trust to co-produce a toolkit for social care professionals with a trans youth group. There’s now also a LGBT+ youth in care meet up group in Manchester, something they hope to replicate in other areas of the country.

All of the resources mentioned above can be found on the LGBT Youth in Care website.

The remainder of the meeting saw a range of care-experienced LGBT+ people and professionals offer their own stories, comments and questions. It was clear many young people had faced similar barriers when coming out in care – having to justify their own sexuality, explain their identity numerous times and navigate a new set of labels.

There was a clear demand for improved – and mandatory – training for foster carers and social workers around issues of inclusivity, acceptance and identity. We heard a number of stories about how carers and professionals didn’t understand and support young people’s relationships.

However, some questioned how much of an impact training alone would have and argued for structural changes to the commissioning process, including the inclusion of questions for fostering agencies and other organisations about how they are going to meet the needs of LGBT+ young people.

Visibility was seen as the way to change social attitudes and counter the prejudice and stereotypes which many have experienced; legislation can say you have to be respected, but that doesn’t necessarily mean it will happen. The panel suggested ways to create a more visibly inclusive environment, such as wearing rainbow lanyards, displaying positive literature and using non-gendered language.

"As corporate parents, we should be offering the best parenting possible and take the lead on these issues."

Attendees and the panel also discussed data collection, noting both the benefits of collecting information on sexual orientation and gender identity, as well as potential concerns around the misuse of this information and the impact on those disclosing. Disclosure can be uncomfortable and current structures often assume a 'norm' - cis and straight.

To close the meeting, there was a nod to the influence which Ofsted could have in ensuring corporate parents support LGBT+ young people in care. If they talk, local authorities will typically listen. What should be included within the inspection framework for children’s services?

Here at Become, we want to use this meeting as a springboard to explore further work in this area and see what we can do to celebrate and support care-experienced LGBT+ young people. We’ll be speaking with a number of different organisations, decision makers and care-experienced people to determine where we can create change – watch this space! 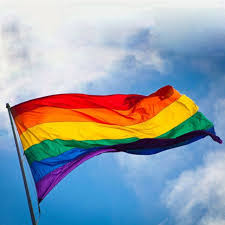